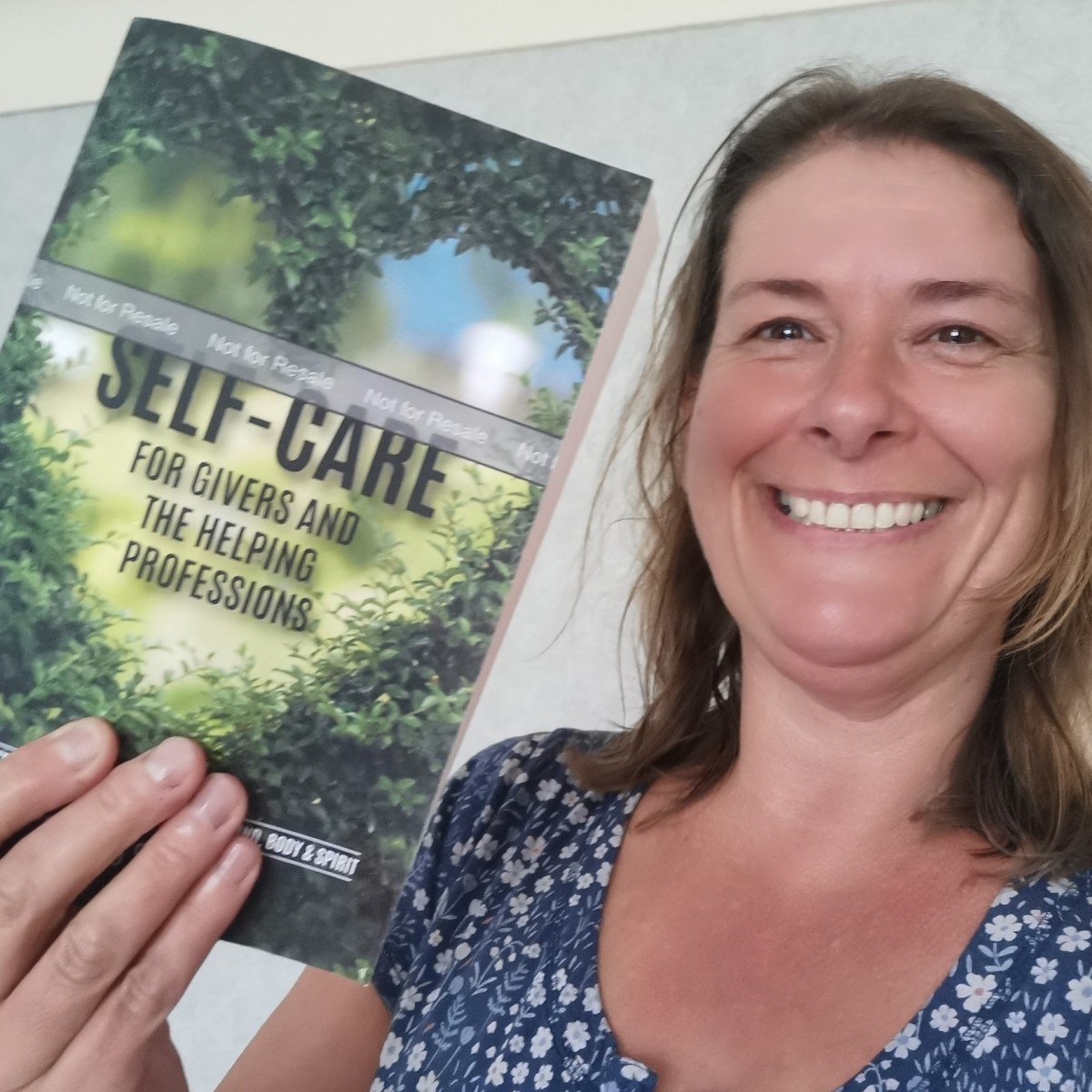 Ever since Emma Sims was 8 years old she has dreamed of writing & publishing a book, a dream which became reality in October 2020.

Back in March when the country first entered lockdown our team at Town Square knew that supporting members now meant more than providing business support but it also meant creating a safe place for them to practice techniques & learn effective ways of taking care of their health & wellbeing during such a challenging time.

So the launch of Emma’s debut book, Self Care: For Givers and The Helping Professions is more pertinent than ever and we’re thrilled to play a part in sharing this story, Community Assistant Pete Rogers recently spent some virtual time with Author Emma Sims & publisher Jan Longshadow to find out how it all came to be. 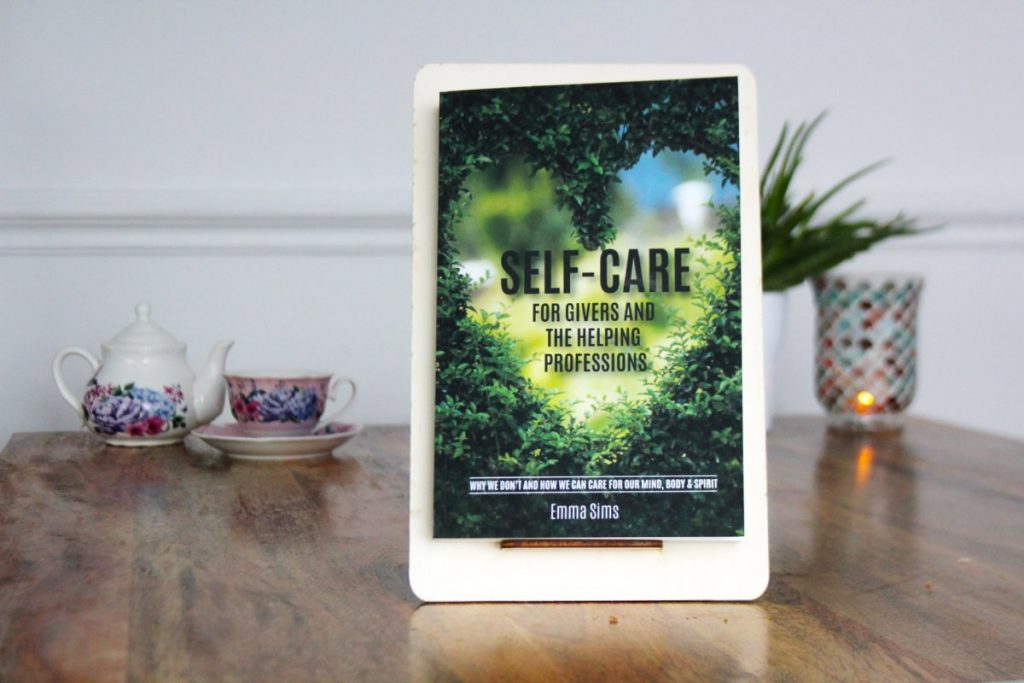 There are some striking similarities between the childhoods of Emma and her publisher Jan Longshadow. Jan grew up in a home with parents who disapproved of Television and most other forms of media, choosing to instead instil in him the values within nature and books.

Likewise Emma grew up with restricted access to Television both in terms of how long she could watch it and the types of programmes she was allowed to consume, which meant that when it came to stories, books became her first love. Specifically a shelf full of Enid Blyton works. Emma hasn’t lost her love for those early works either as she describes a recent experience at a Shamanic Group lead her to reread childhood classics and discover a wealth of connections between the stories she read as a child and the work she now practices on a daily basis. 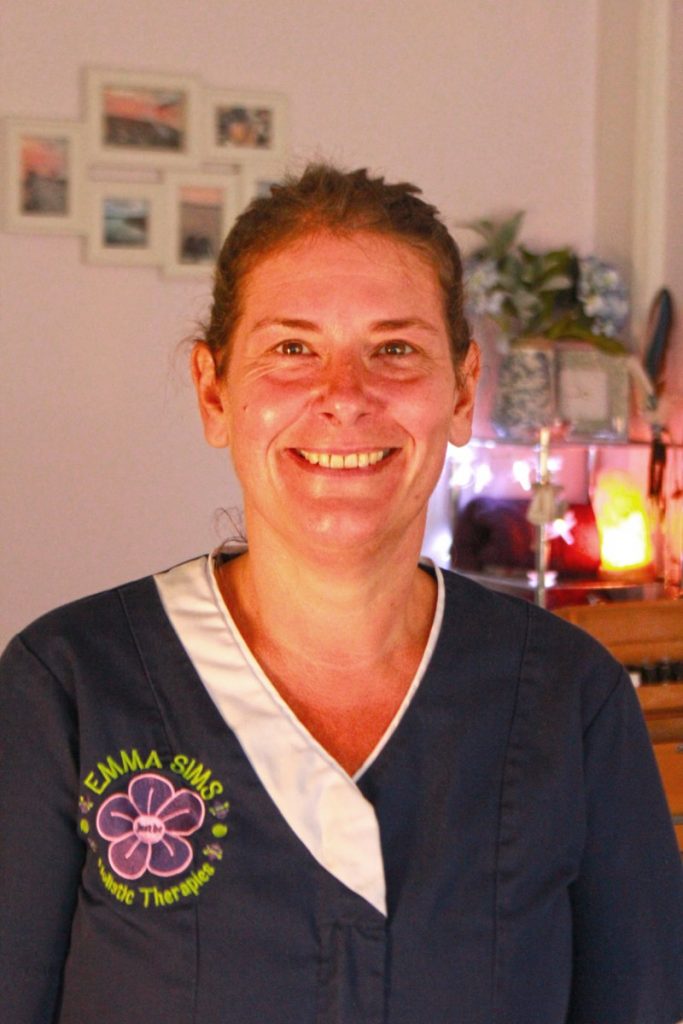 Jan’s love of books affected his life & career choices in a much more direct fashion, after reading his first Ray Bradbury book it became crystal clear that he wished to write his own works and set up his own publishing company that had been inspired by seeing how many talented artists where in Jan’s own family but who lacked a platform to display their works. Seeing potential and understanding the nurture needed to grow talents Jan became a coach and mentor, ensuring that he could help individuals on their journeys with understanding & authority.

“I was drawn to the coaching and tutoring element of life because I always also felt I enjoyed helping people to get those words out. It’s the same thing that took me in to teaching English abroad for 10 years.” – Jan

This desire to help further manifested in the creation of Motiv8 Me, an online magazine & platform designed to provide education on wellbeing through Jan’s work alongside authors. However when a mental health crisis hit his own home life with the force of a ‘stream train’ Jan made the decision to step away in order to refocus. 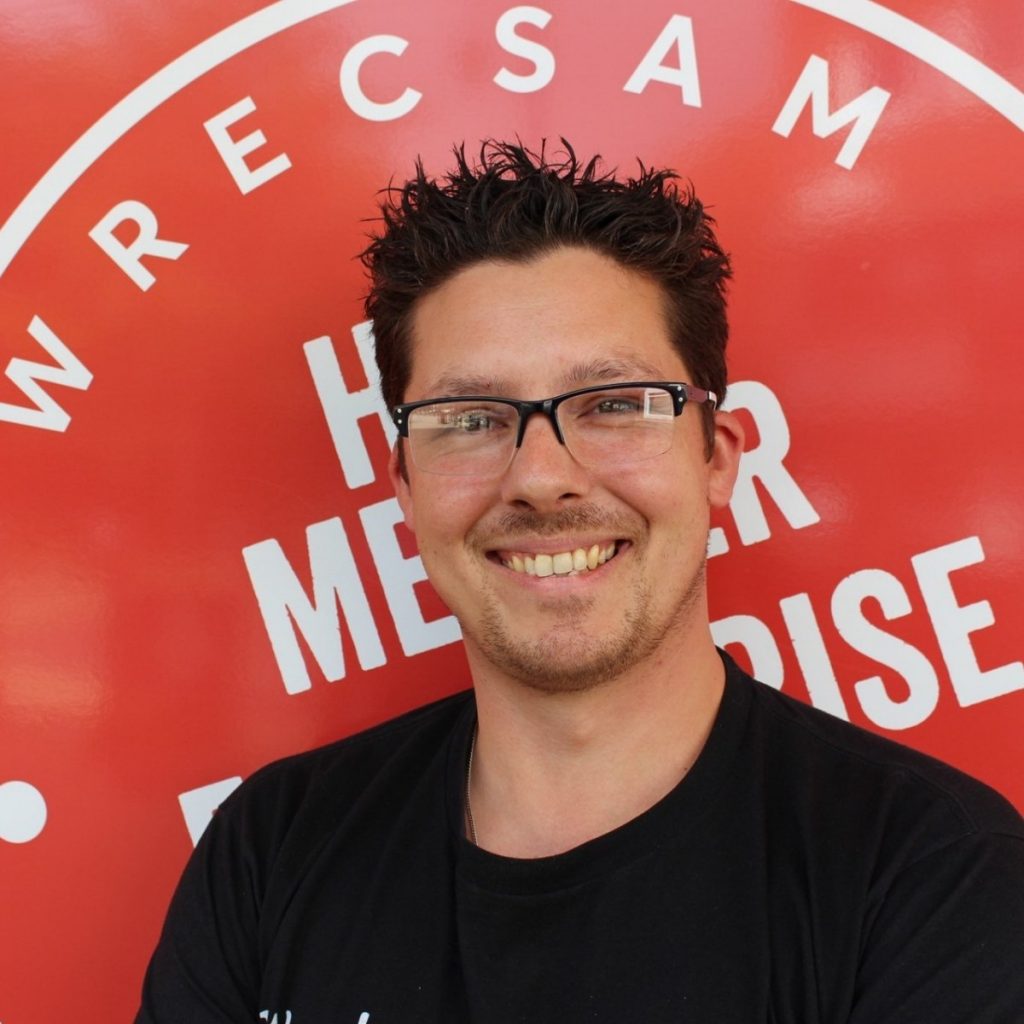 Emma’s own story shares a lot of surprising similarities to Jan’s in that she experienced a multitude of personal setbacks & illnesses which she is now able to candidly speak about, understanding how each one of them informed her work. In her own words life gave Emma lemons and “I’m still making lemonade”.  Being driven by a need to help people Emma set up as a holistic therapist and co created a company around the concepts and practices of various energy therapies.

‘I think roundabout 2000, I started to sort of open up spiritually and I started to get massive amounts of information just flowing through. And it was like, I’d sort of hear something and then I’d take that, and you know, write it down. I had nearly 8 books in the making and was getting overwhelmed” – Emma

Little did Jan or Emma know that the world was mysteriously aligning their stories once again. While Emma began to whittle her ideas down from 8 to 2  allowing circumstance and feedback from her courses to dictate the book that would ultimately become Self Care, Jan’s personal life had come to another turning point and after having helped his family through a mental health crisis he had a renewed understanding of the importance of Health & Wellbeing and turned his attention back to Motiv8me.

Jan’s renewed energy meant he was also stepping out from behind the scenes and becoming the face of the business at The Wrexham Enterprise Hub which in turn culminated in his launch of The North Wales Author Expo and caught the attention of virtual assistant and member of the hub, Julia Chaplin, who as it turned out just so happened to be friends with (you guessed it) Emma Sims and recommended Emma attend the event and meet Jan. 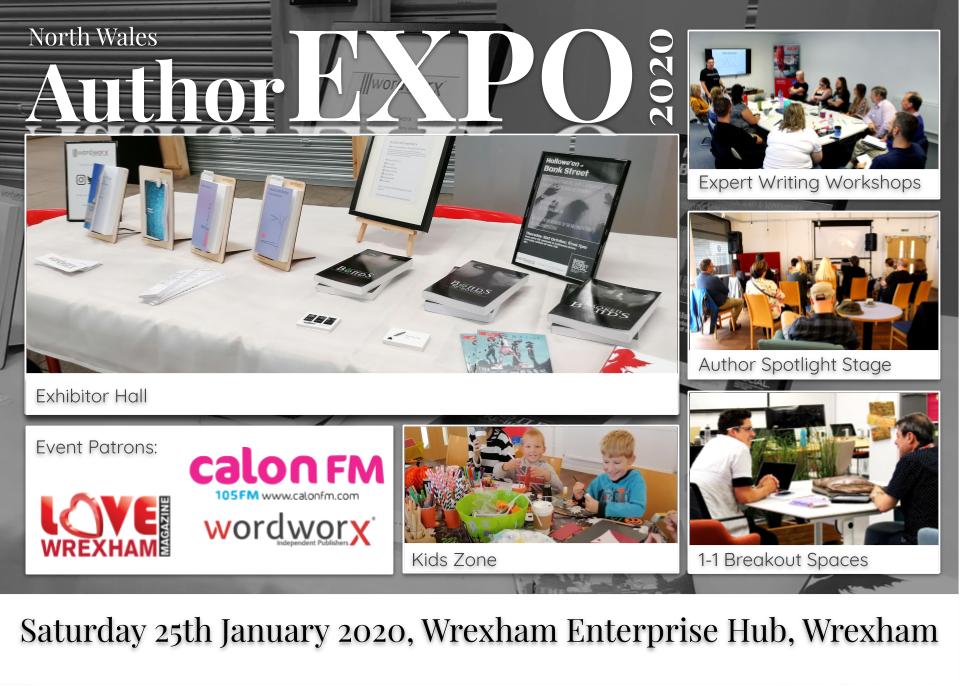 At the time Emma’s intention had been to self publish her book simply for the feeling of having finally completed one after trying to sort through so many ideas. Attending his talk on this very subject she felt a connection and appreciation for the honest way he spoke about the realities of self publishing a book.

Likewise when the two sat down, Jan felt that Emma’s book was one which the world needed. It’s easy to see why as while talking to them both Emma’s motivations are clear on display and they’re not about making money or garnering fame, she obviously loves to give back and unlock peoples potential

“I think that if we could all take responsibility for ourselves, The world would be a better place instead of expecting it to come from others” – Emma 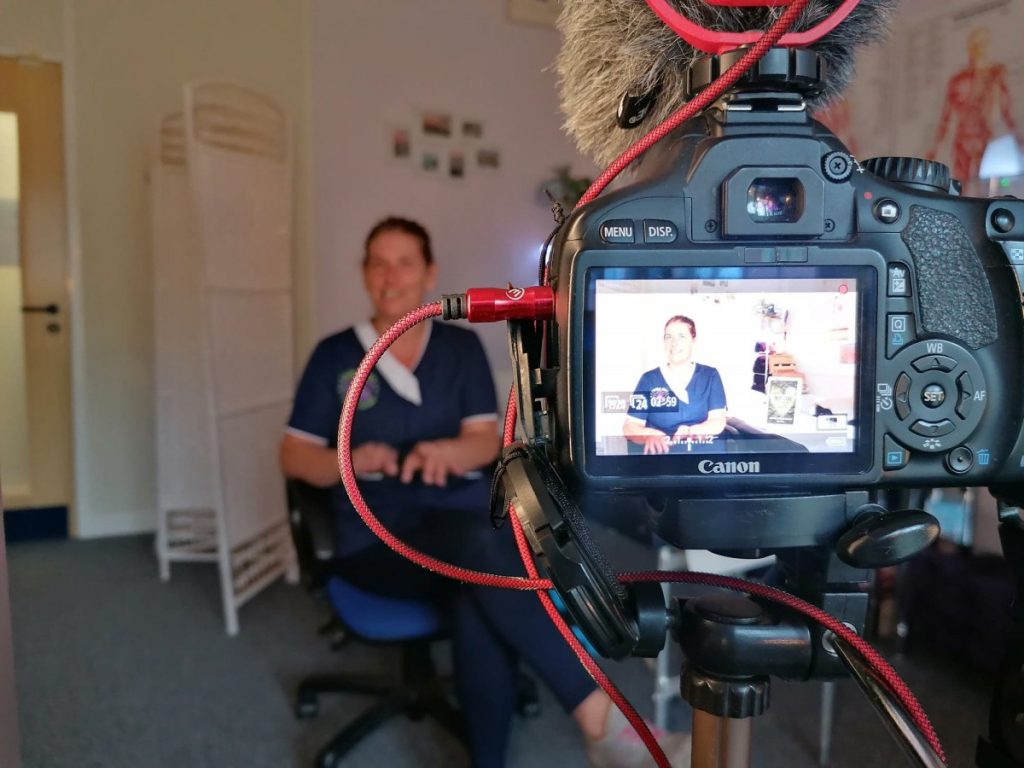 So the two worked together to bring Emma’s vision to life. The book itself was written over four long weekends (Thursday’s to Tuesday’s) and by the time it was looking ready Jan’s earlier thought of how much the world needed Emma’s book rang more true than ever before, unprecedented times have brought with them an increased interest in the subjects of wellbeing, helping both entrepreneurs connect to new audiences around the world.

For Emma she knows that the book could have only been written now, recognising the fact that she needed to live a life before committing the pen to paper and that she was not ready during her previous attempts. The change in the world’s status quo over 2020 also meant that the grand book launch had to also take place in a digital world, though Emma admits that she isn’t great with parties or large crowds so in a way it was actually a god send!

On October 3rd Emma & Jan celebrated the launch with over 40 friends, family & fans over zoom, with Julia Chaplin keeping the tech in check and our very own Georgia Alston as the evenings master of ceremony. While Emma talked to the virtual room about her journey she managed to hold back the tears (to her own surprise) but it was clear how much her story connected with everyone and the sense of pride in the room was impossible to miss. 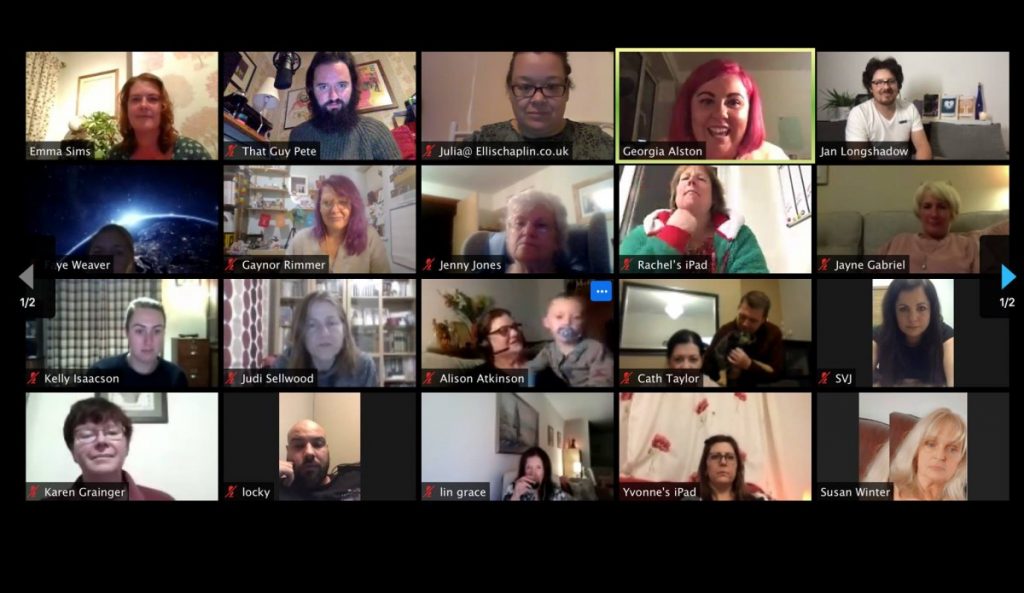 I asked Emma how her 8 year old self is feeling now that she is a published author.

“Eight year old Emma is finding it pretty difficult to believe and take in and I think she would be pleased to hear that all that effort, especially the feeling which I can still remember of pressing down keys on my  typewriter and I still have an ache here in my fingers but now it’s all been worthwhile” – Emma 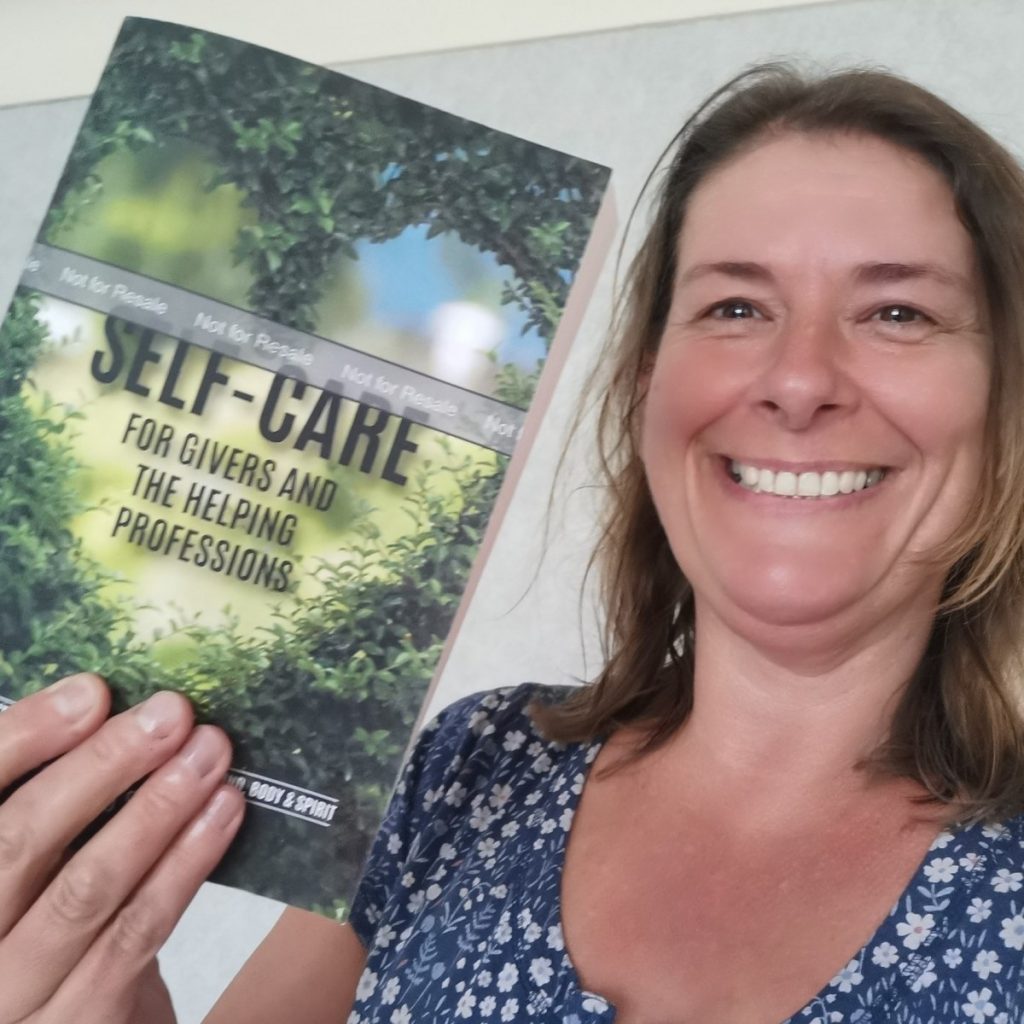 It’s definitely been worthwhile and Self Care: For Givers and The Helping Professions is now available to purchases from Amazon or ordered directly into your local bookshop. Jan & Emma are also currently working on bringing it to local libraries and creating an audiobook version which they will begin recording as soon as Covid restrictions allow them studio access.

We’ve already seen plenty of our community posting that they have received their copy & we’re already looking forward to book number 2!