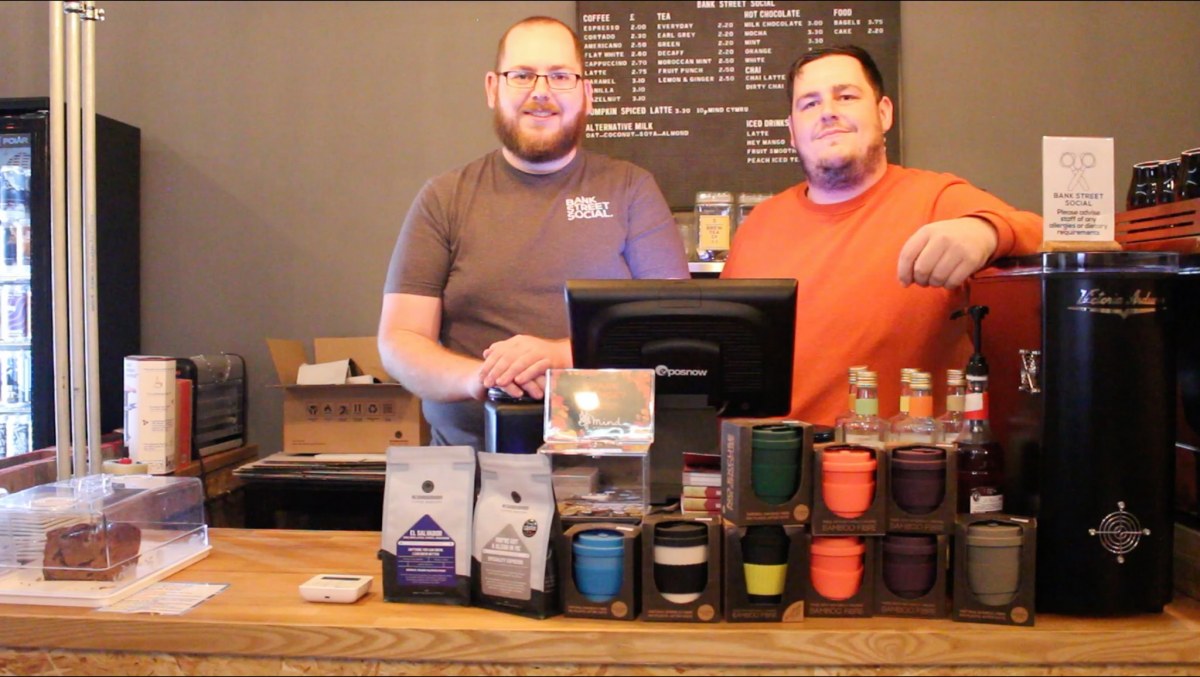 You might think that 2020 is a strange time to go from having two local coffee shops to expanding across the UK but that’s just what brothers & baristas Andy & Phil Gallanders have done. Community Assistant Pete spent some virtual time with them to talk about the exciting new developments in their journeys.

Born and bred in Wrexham both brothers have always been staples of their local community. Andy was a key figure in the live music scene at iconic venues such as Central Station whilst Phil rose through the ranks in Costa at local cinema Odeon in Eagles Meadow. Phil found a passion for running a coffee shop but also felt restricted having to do this within the parameters set out by somebody else’s business which lead to a discussion between the two brothers about a desire to have more freedom in their careers.

Leaning on links to local landlords they found a small space in King Street’s Bus Station and after an initial conversation in October 2015 set their sights on an opening date of April 1st 2016, the irony of which was not lost on either of them.

“We needed a date to focus our minds on and we said, let’s do April 1st because if it doesn’t happen it can just be the worlds worst April Fools prank ever” – Andy 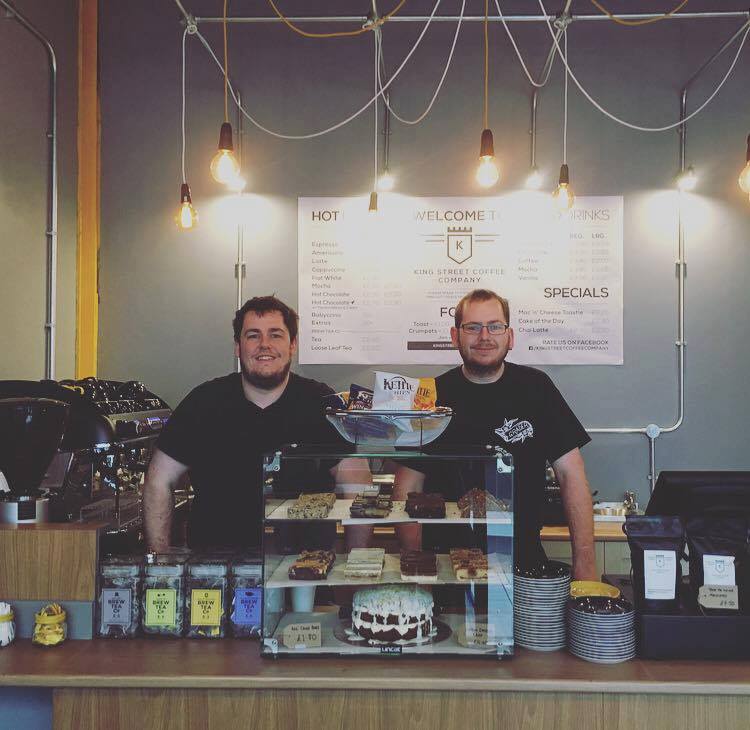 Once their doors opened it was clear the intention was to be more than ‘just another coffee shop’ as they made a conscious effort to really focus on what specialist coffee is, educating the public on how coffee is grown, why they choose the roasts they do and what makes their coffee different.

“It’s also not many coffee shops where your coffee is made and served directly by the owner. That personal touch and connection with customers is really important to us” – Phil

With the freedom to make their own choices they were also able to give back to the town and are really proud of the fact that they can pick local charities such as Your Space to support, seeing firsthand the changes these donations make, which is something they are keen to carry forward into their new ventures.

The success of King Street lead to a local expansion with the opening of a second venue Bank Street Social which allowed Andy to get back in touch with his roots as a music & events promoter as the space doubled up as a bar for all kinds of community projects in the evening.  By their own admittance when it comes to helping local events they have a tendency to be unable to say no but it has lead to some amazing opportunities and experiences for both. 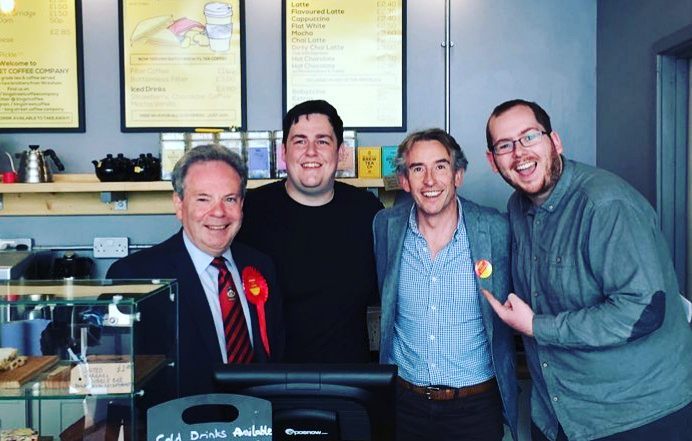 For Andy a particular highlight was an event they hosted at Undegun Arts Space in Wrexham with Spoken Word sensation Neil Hilborn. Not only was it the first venue on the tour to completely sell out but it was also the first UK show that Neil had ever played. The popularity of the event lead to two further collaborations with the poetry label giving the brothers a chance to give local artists supporting slots alongside internationally renowned names. 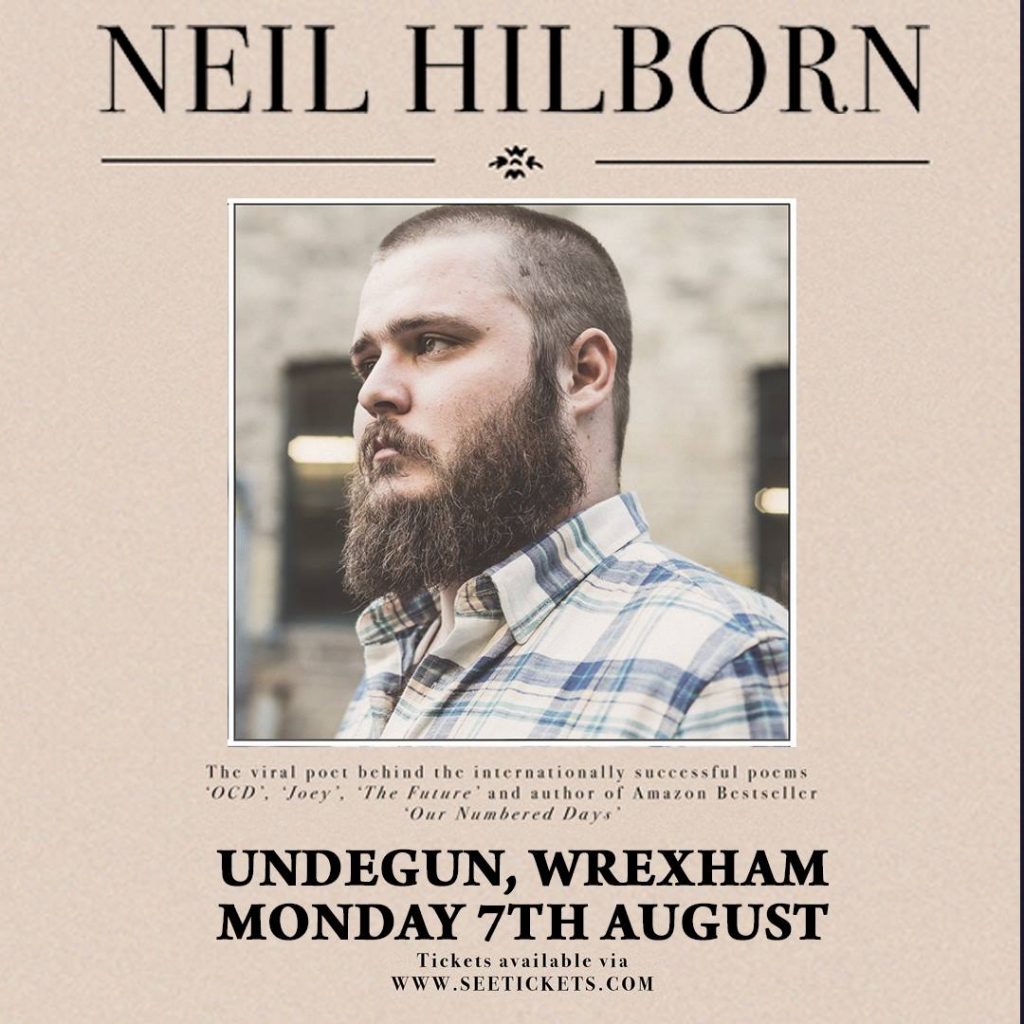 Phil points to events that others have organised that they were able to support such as contributing to the buzz which Focus Wales brings to the town each year, being able to be a part of large scale events at The Wrexham Enterprise Hub such as the Google Garage. A stand out moment for him is when they were asked to provide catering for an event called Voicebox which was something he hadn’t come across before and he remembers being blown away by discovering that Wrexham had such a strong poetry and hip hop scene, something which has been a strong part of the businesses identities since.

Joining the Town Square team is a special moment for both of them as they have been involved in our events since before we even had a building to be based out of here in Wrexham and were running early Startup Clubs out of temporary locations and even telling Community Assistant Pete to apply for the job in the first place. Andy points out that it was nearly three years ago and it feels like Town Square have been a part of their journey since day one. 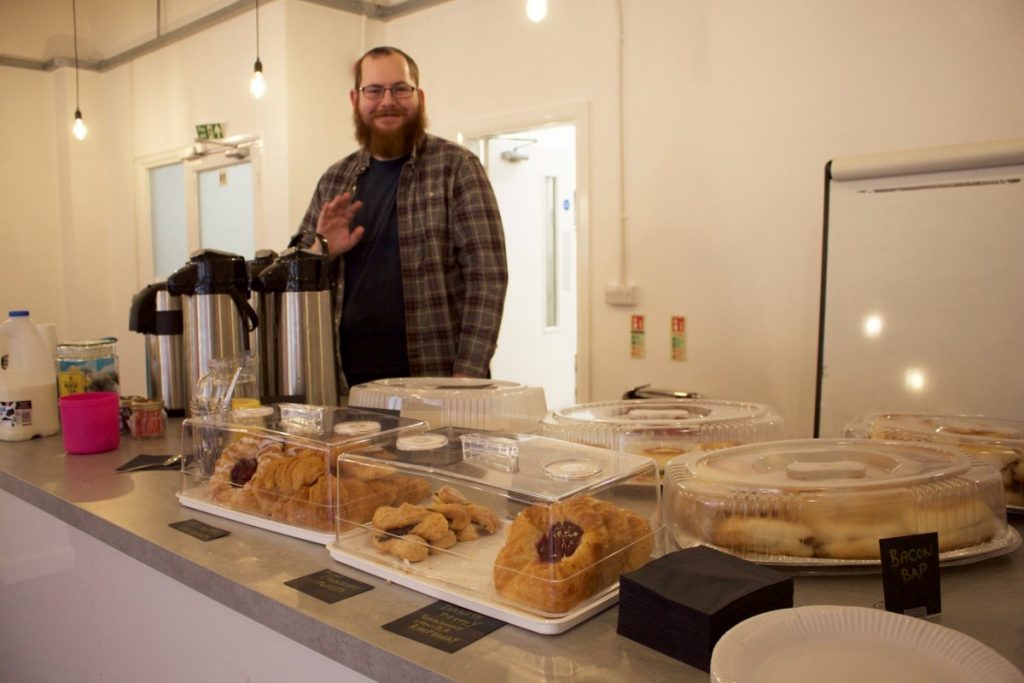 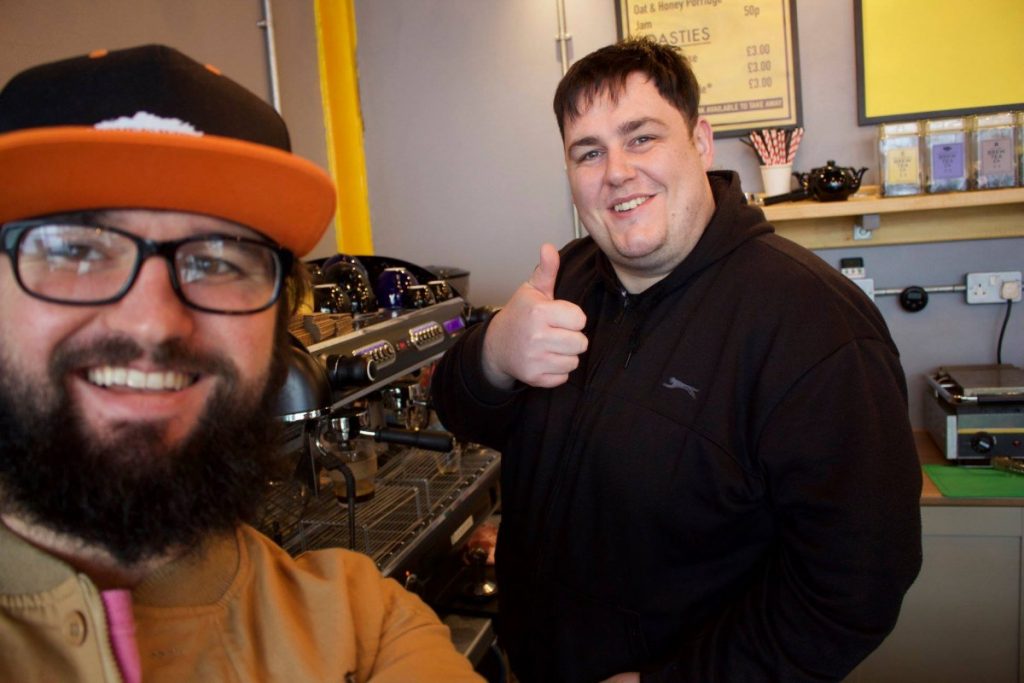 Both saw the value in Town Square once the location opened it’s doors in Wrexham and they saw a mix of business owners they knew from back in the day and a whole host of new faces drawn into the town centre, now supporting local businesses on their daily coffee or lunch trips, creating a huge economic impact on the town.

In 2021 Andy & Phil will be part of that big picture with the launch of Town Square Social which will see them opening unique social spaces across the UK in collaboration with each coworking space, helping to bring their values and build communities in these areas, their first space will be part of the new site in Rhyl.

“I see Rhyl as really similar to Wrexham. It is facing the same sorts of issues with buildings and shops closing down but it has a really amazing community, especially when it comes to entrepreneurs and creatives, there is so much potential there so it’s an ideal space for us to start with.” – Andy

At a time when we’re seeing the hospitality and tourism trade hit especially hard by Covid restrictions, many may ask is 2020/21 really the best time to be expanding a coffee shop business across the UK? 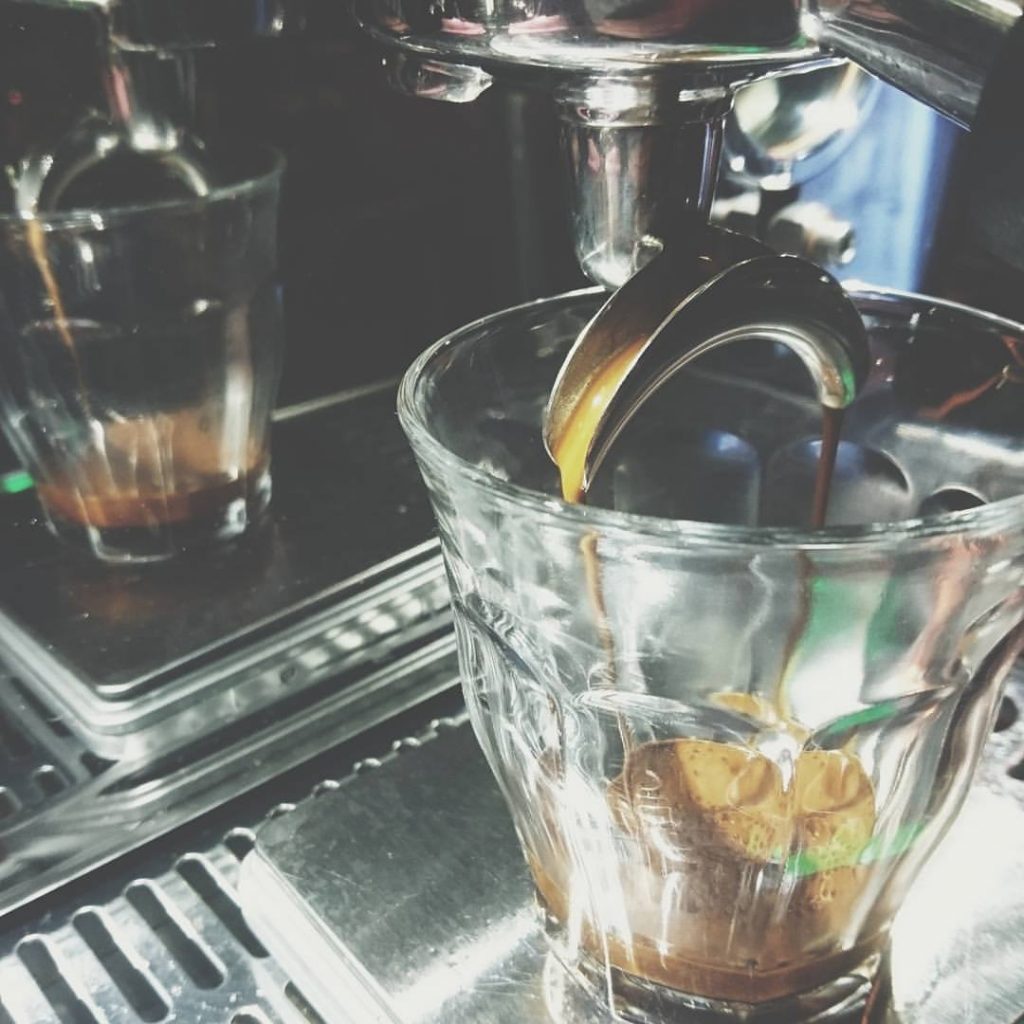 “Even though the world seems to be going a bit crazy, the idea of adapting and overcoming by asking the right questions is really exciting. I think Town Square have been asking all the right questions with Boot the Commute and the research papers and were entering a time where we’re redefining business and how business is actually done” – Phil

Both brothers cite that the partnership allows them the chance to really expand their social missions and affect social change in a much more substantial way across the rest of the UK, through the rejuvenation of town centres and allowing their Town Square Social spaces be the communal areas to help remove yet another barrier people might feel they have when it comes to accessing support for their business or community projects and help the world to be a better place. 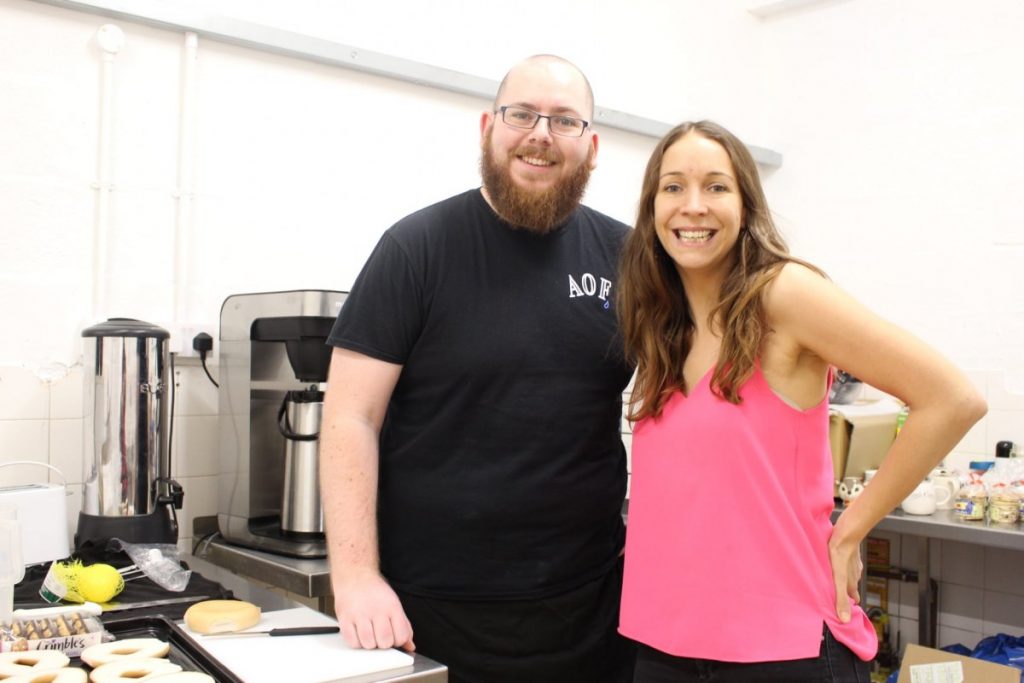 ‘Affecting Social Change’ isn’t just a buzzphrase for them, both brothers were clearly excited when they talked about the idea of being big enough to give away part of their profits every few months or so through pitch events for businesses to help them take those first challenging steps when it comes to setting up a brand new business.

Despite the challenges of the pandemic they haven’t abandoned this social cause, with Phil running a suspended coffee scheme for key workers through the last few months, which was met with an overwhelmingly positive response, whilst Andy has been running a regular campaign for Mind with money from the Autumn and Christmas drinks going towards the charity.

We know that whatever the new world of 2021 brings us that Andy & Phil will do a fantastic job of helping to build brand new communities and create fantastic social spaces.