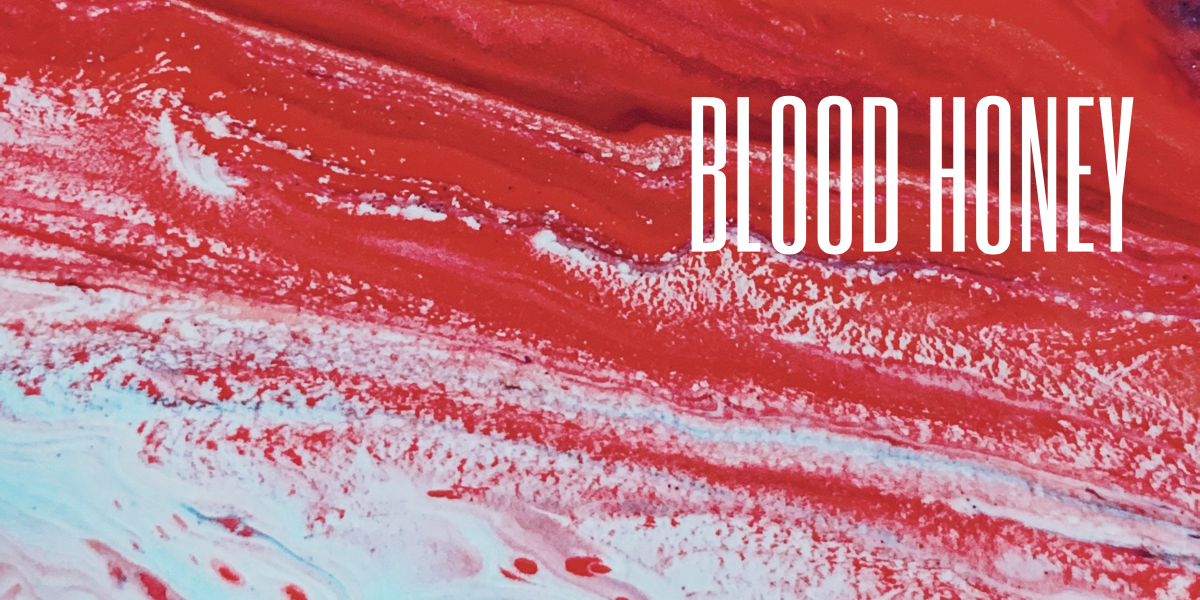 Saturday 20th November 2020 – The debut single “Won’t Lie To You” from dream-laced alt-rock duo Blood Honey has been released today. Blood Honey is composed of Wrexham based singer-songwriter Isabella Crowther and producer/songwriter Alex Davies. Isabella and Alex have been working together since late 2019, taking inspiration from artists like Jeff Buckley, John Martyn, PJ Harvey, etc. Originally the duo started out as co-writers with the intent to write for other artists but realised they liked some of the songs too much to give them away. 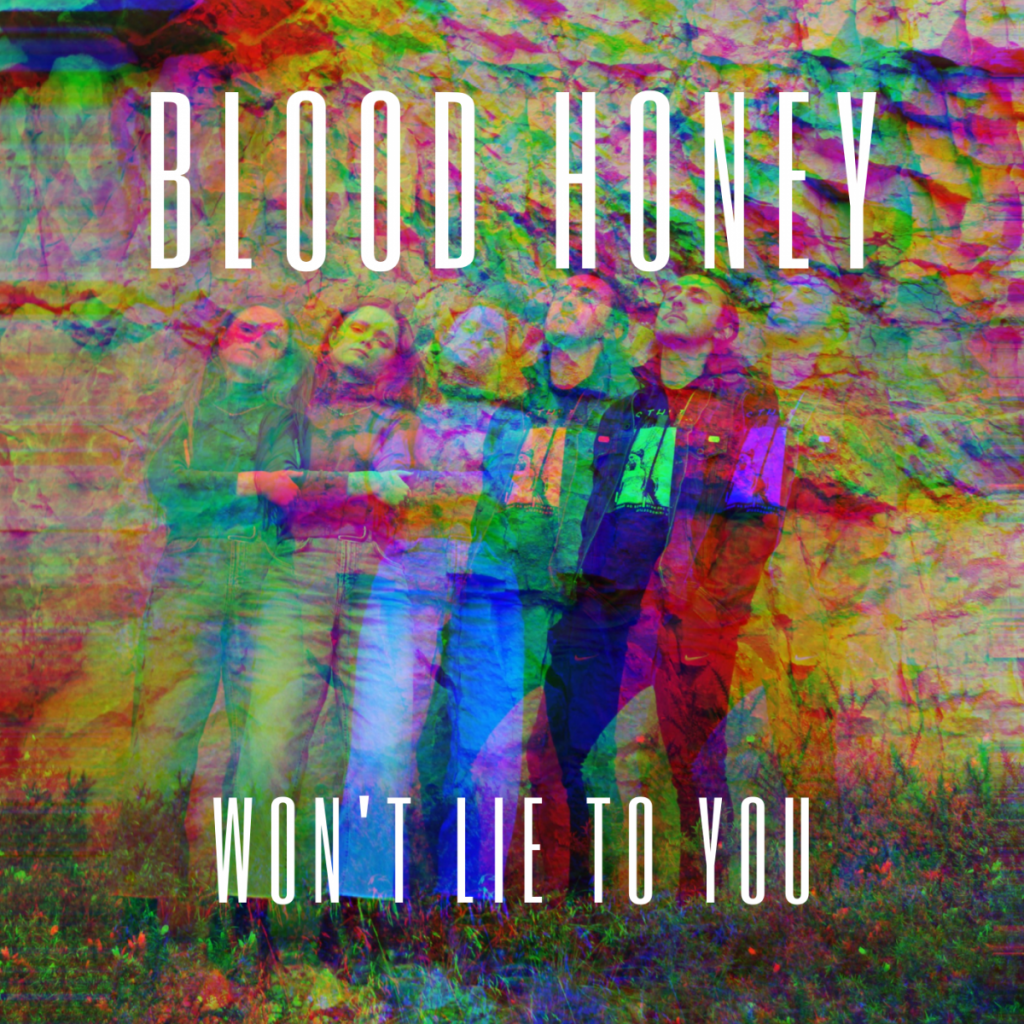 Growing up with music in their lives, Isabella had singer-songwriters like Joni Mitchell, David Gray, and Stevie Wonder playing through the house. In contrast, Alex grew up listening to Metallica, U2, The Cure, and The Smiths.

Both knew music was more than a passing interest with Alex picking up a guitar at the age of seven and later playing in various Punk and Metal bands. Isabella’s love for music initially took her to musical theatre and film but she soon realised the difficulty which comes from waiting for somebody to give you a part and gravitated to the independence of writing and releasing your own material as a singer-songwriter.

Blood Honey’s sound is clear, honest, and moody, the echoes of two people living in a void. Both lived in the city, both took what they needed and went back home. An example that bands do not have to live in a city to make great music. The track recorded and produced by Alex sounds bruised, expressive, and melancholy. It is a pensive sound for loud spaces, swirling, and landing on broken shards of hearts. 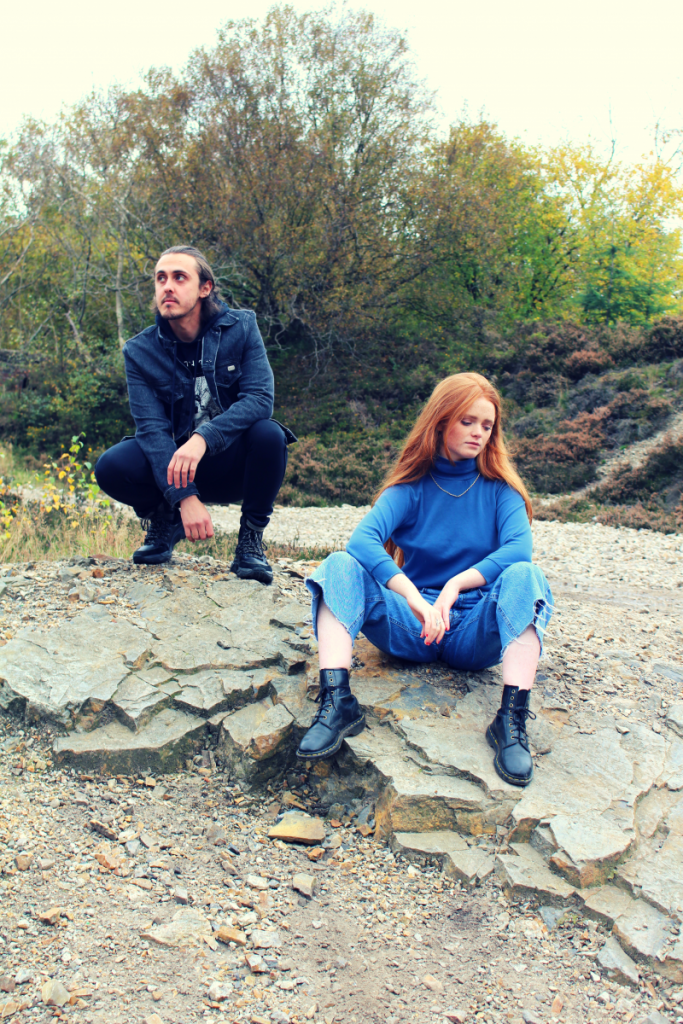 “We both have lived in the same places North Wales, Birmingham, London, and then back to North Wales. It’s weird to think about how similar our geographical lives have been. Living in parallel, just slightly off by the clock. “It’s easy to write music with someone whose life touchstones are so similar to yours, they just get it!” said Isabella Crowther.

Their lives continued to move parallel when both separately signed up to the Wrexham Enterprise Hub run by Town Square Spaces. They didn’t meet one another until they crossed paths at an open mic night at Telfords in Chester and immediately clicked. Alex played some tracks and the pair began working together with Isabella citing that “Not only is he really talented but he is always honest and won’t hesitate to tell you if something doesn’t sound right or that we should do it again.” 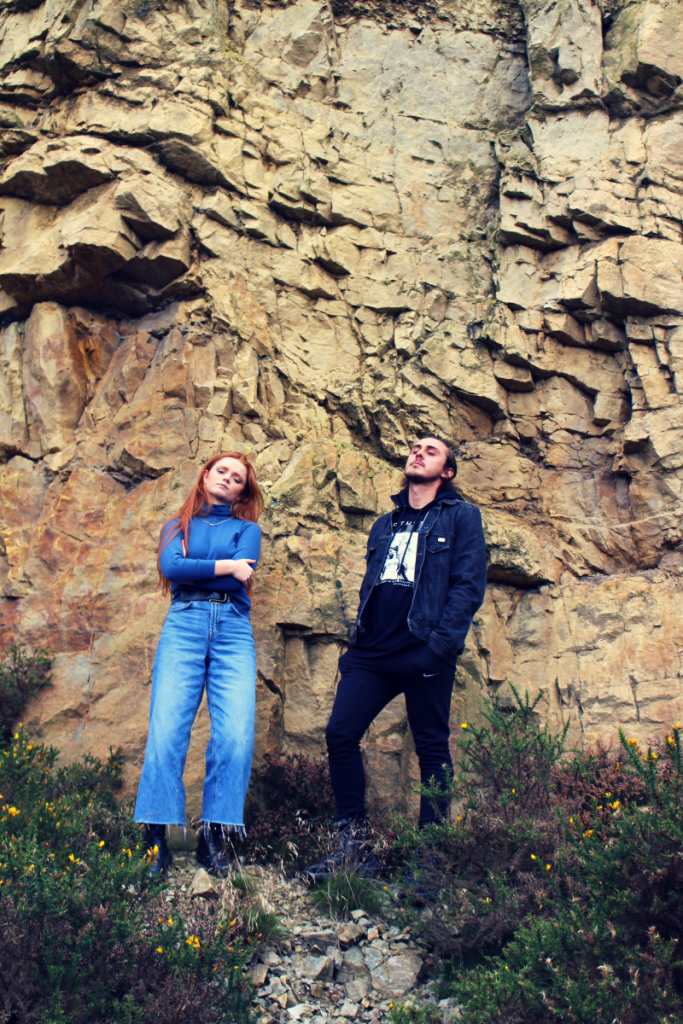 Of their working relationship, Alex says “I have often experienced difficulty when trying to pair the right voice with my musical endeavors. As I am not a vocalist, it is deeply frustrating. However, after meeting Isabella and working together, I have been able to express the sound in my head. She gets what I am trying to say with my music, translating the mood and feel into words. It’s probably due to our similar life experiences that’s allowed us to connect on this artistic level”.

Against the backdrop of Covid 19, the pair moved forward undeterred by uncertainty the duo are already working on more songs and have started discussing creative ways in which they can take to the stage again for live performances, sharing their dream laced world with audiences in need of connections through music.