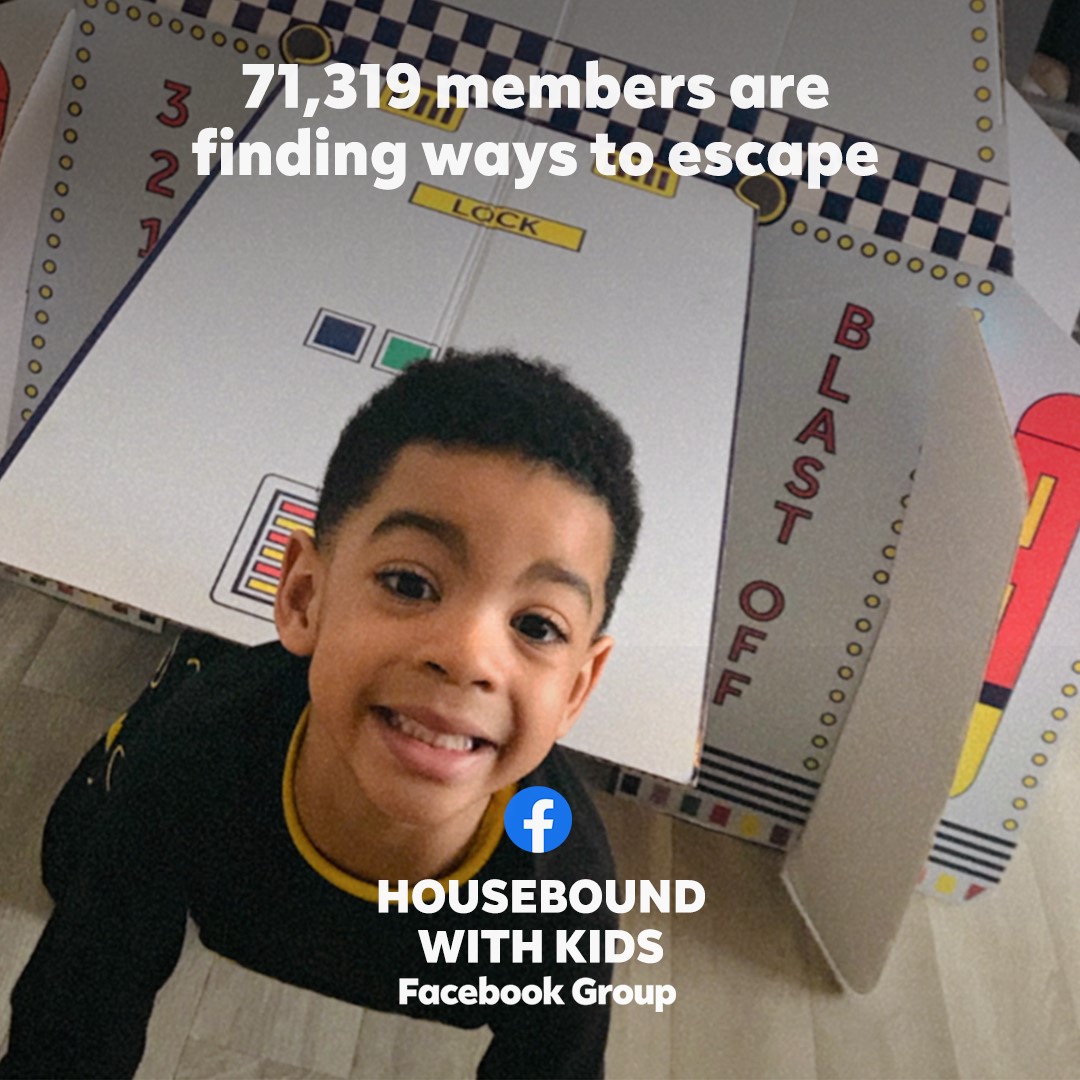 Mum of 4 creates a community of over 73 thousand members during lockdown!

Vicky Ann Salomon started a Facebook group during the first stages of lockdown which now has more than 73 thousand members, which is a number most businesses probably dream of engaging with. So how did it all come to be? Community Assistant Pete Rogers spent some virtual time with Vicky to find out more.

What’s immediately striking about Vicky is how she manages to have as much energy as she does, she is a mum to four kids and is the Marketing Manager of Enhance Accountancy whilst somehow still finding time to be sociable and engage with local events. You would forgive Vicky if she turned around and said she was far too busy to be the admin of a Facebook group with over seventy thousand members.

Like many of us back in March, Vicky found herself continually checking news sources to stay updated on a situation that was unfolding across the world and realised it was pretty inevitable that she would soon be cut off from the school communities she enjoyed being a part of so much. So the idea of Housebound With Kids came to be. A community group for parents to discuss the joys, difficulties and surprises of raising children through an unprecedented time for parenting.

It’s became a forum to share information, swap stories and provide creative craft ideas for parents to entertain their kids with when days out in parks, playgrounds and parties still seem far away. It all started with Vicky taking a picture of the aftermath from one of her kids raiding a fridge when her back was turned and somehow managing to spill yoghurt everywhere, which is a far cry from the glamorised ‘highlight reels’ which she had often seen populating social media.

Though Vicky’s early ambitions were a lot more modest than a group with thousands of members and daily activities and stemmed from the nostalgia of her mum keeping Vicky and her siblings entertained with simple scribbling games with a pencil and paper.

“I was also aware that I’m not a key worker.  I’m not out there saving lives or working at super markets, the people who are really keeping the country going and the world moving. So I just thought if I can just do something, even if it’s just supporting 2 or 3 people in a group then that’s good” – Vicky 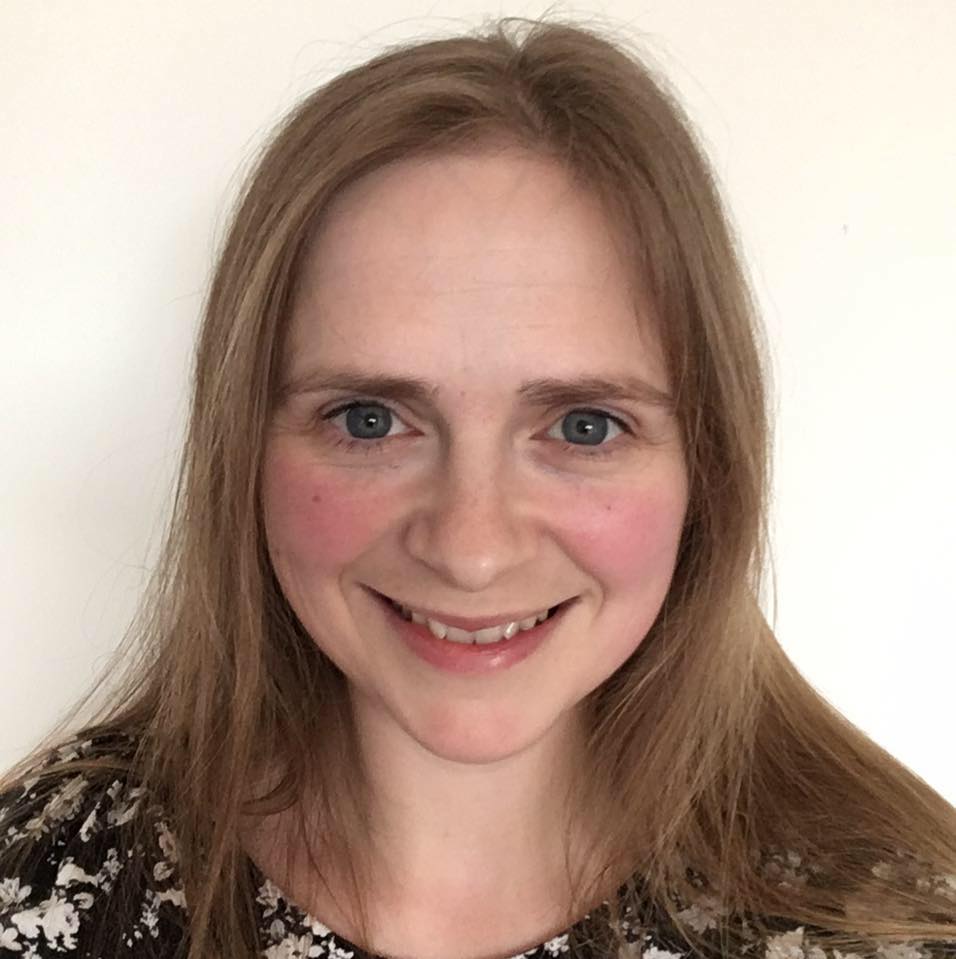 However in a move which is telling of Vicky’s character she realised that although her frame of reference was being a mother to kids she knew that wouldn’t be a group for everybody so in a bid to tackle isolation, loneliness and bring a general bit of cheer back to people’s evenings she also set up a Virtual Pub. Though Vicky is quick to acknowledge that there’s at least 20 people who stepped forward to help her moderate both groups and that she couldn’t do it without their help.

Citing further influence Vicky had seen how simple ideas can form strong and vital communities which is something she experience when attending ukulele lessons from Immerse Music Academy at The Wrexham Enterprise Hub, she went to learn a skill but came away belonging to a brand new community.

When pressed on the secrets of having a group jump to 70 thousand members in the first few weeks of lockdown Vicky doesn’t have a magic formula but has something perhaps more valuable to share, acknowledging that after somebody was a member of the group for a week or so they were then quick to invite their friends in as they saw value in the group and what it was offering.

So what happens when you have a group that so rapidly reaches these heights of success? It wasn’t long before an agency working for Facebook identified Housebound as a group with huge potential and featured it as part of their More Together Campaign highlighting groups that were bringing people together during the lockdown.

However it didn’t stop there, after receiving an email from Facebook to discuss the campaign and thank participants for their time Vic (along with two other group founders) ended up personally speaking to Facebook’s head of communities, marketing & development and Vic has now joined the ranks of a private group called ‘Padmins’ (power admins of Facebook).

Despite the well earned pride and excitement Vicky keeps bringing it back to the fact that she has an amazing community behind her who are regularly submitting new ideas for children’s crafts through the group and the website. “It can be something amazing and wonderful that you’re really proud of but it can also just be something that is super quick, easy and that you and the kids will enjoy doing” – Vicky 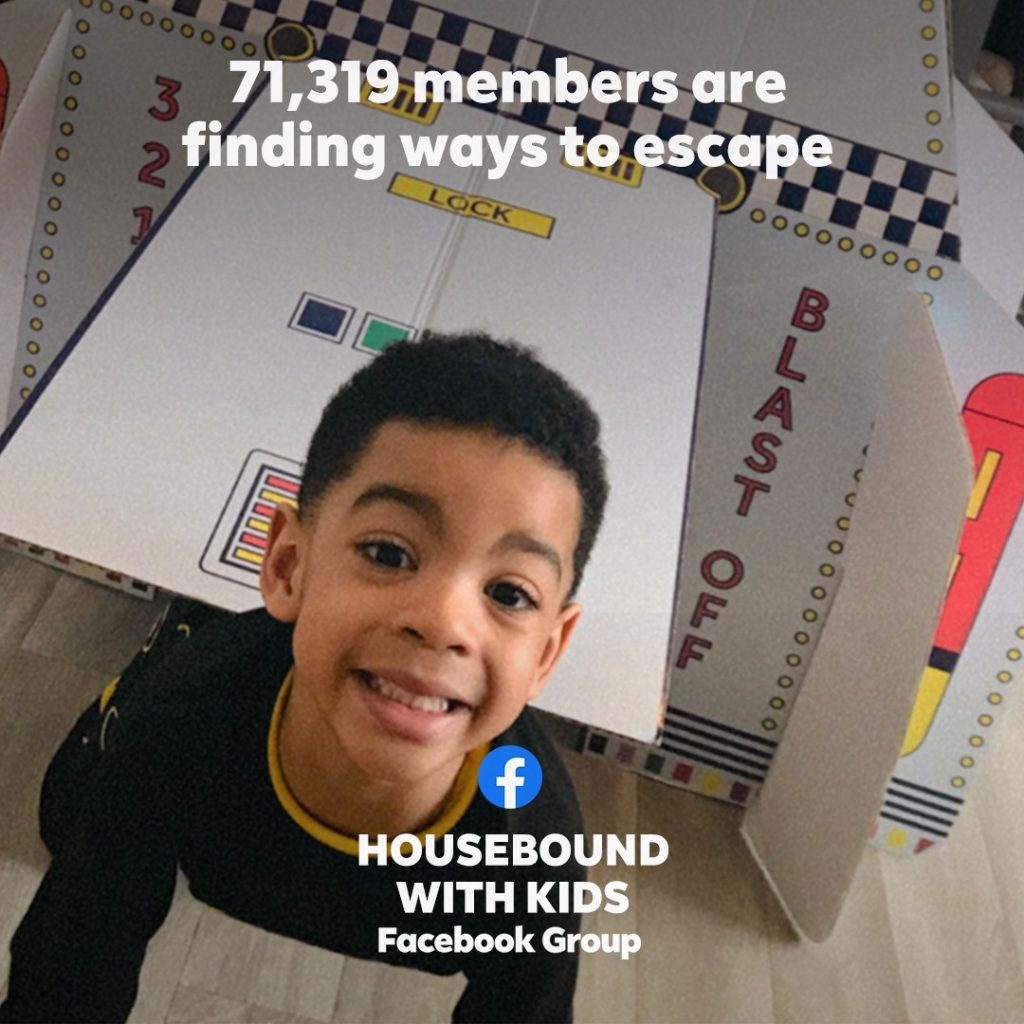 Though the numbers are impressive and being called up by secret marketing societies of Facebook is certainly something to dine out on, the real joy of the group has come from parents using the group to not only document crafting with their kids but also opening up about the very real struggles of parenting in a pandemic in which Vicky herself says she has done her best not to pass on anxieties surrounding the situation to her four children.

Looking ahead to the future Vicky is keen to see the groups continue to thrive and grow and is continuing her own learning when it comes to balancing being a businesswoman, facebook moderator, partner and of course mother to four!