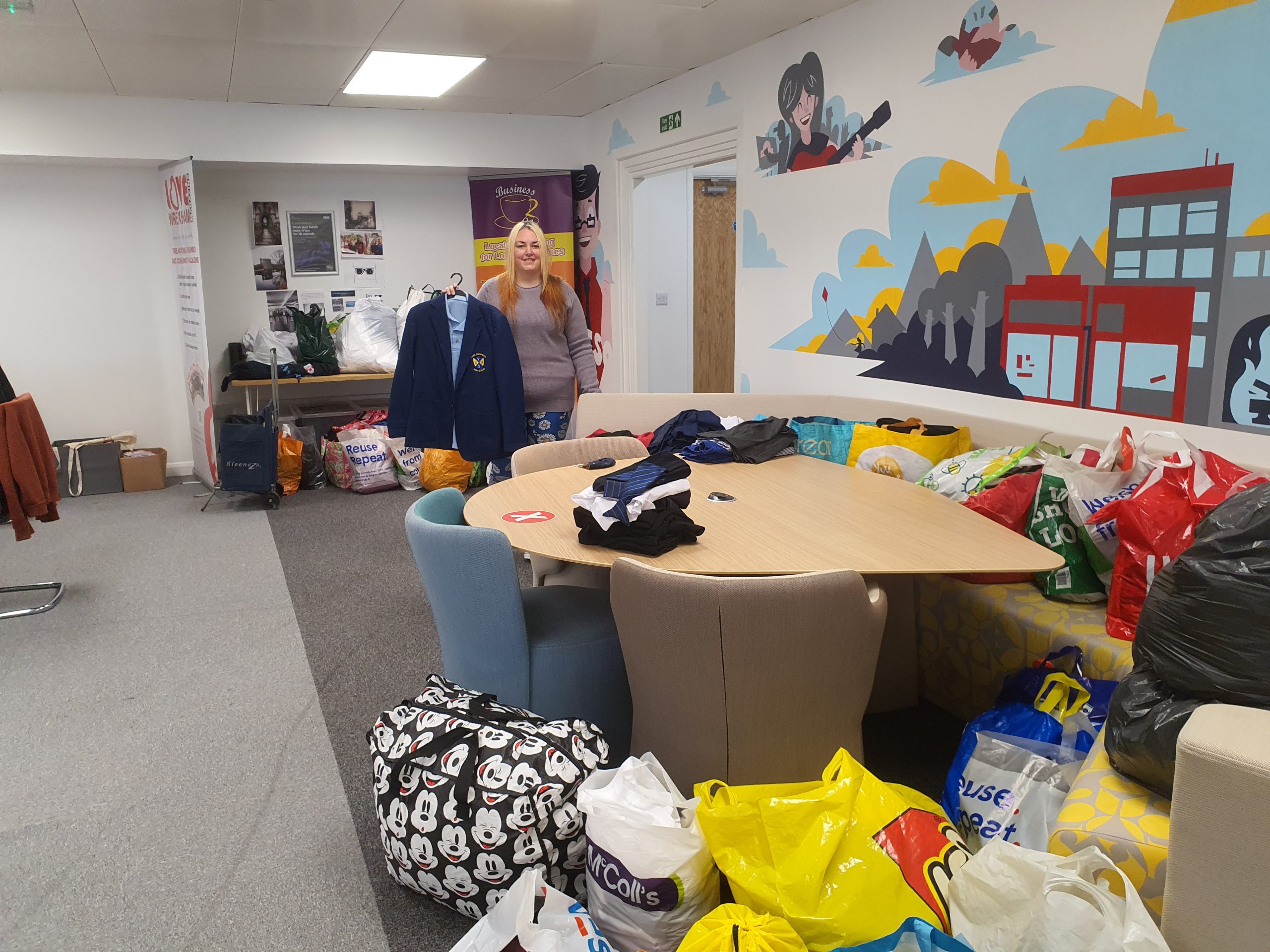 A Wrexham social initiative has launched a local campaign for school uniform donations ahead of its first ’Save a Uniform’ exchange event.

The Wrexham Enterprise Hub has teamed up with the Wrexham Clothing Exchange, whose environmentally conscious fashion swapping events proved to be a huge hit since they began in late 2019, to encourage the exchanging of uniform items over buying new, helping families get their youngsters ready for the September term at a much lower cost.

Local people have been donating uniforms to the exchange since the start of August, and the team behind the initiative say they have been blown away by the response so far.

The last donations are being taken at the Wrexham Enterprise Hub on Rhosddu Road, on Wednesday 18th August between 12pm-4pm, Thursday 19th between 4pm-8pm and Friday 20th between 9am-5pm. The event will be held on Saturday 21st August from 10am until 2pm and all items will be free of charge.

Katy Hughes is the Community Assistant at the Wrexham Enterprise Hub and is leading the event. Katy said: “We work closely with schools so we know that the pandemic has served to further expose the difficulties some families face, not only in terms of inequalities in the technology available at home to undertake virtual learning but also when it comes to having to pay out to meet strict standards for uniform. I have a daughter myself and I thought it would be a great idea for uniforms that were still perfectly usable to be given to other children at a particularly expensive time of year for families.

“We’ve already had a huge response from the community with loads of donations and we’re so grateful. If the turnout on the day is equally as strong, it could be something that is held every year, possibly working with an organisation such as the food bank to allow those who need it most to benefit from it going forward.”

This is the first clothing exchange event at the Enterprise Hub since Wrexham Clothing Exchange’s last ‘Swap not Shop’ in March 2020, and it’s the first event that caters for children.

Sharon Rogers, who runs the Wrexham Clothing Exchange said: “The event is important on many levels; a massive percentage of clothes end up in landfill the year after purchase and encouraging uniform donations to be recycled looks to reduce that, but it also provides a space for families who might be struggling to reduce the cost of getting their child ready for school. Uniforms can be expensive, and children grow quickly, so the cost can add up each year, especially if school branded items are required.

“The previous events we’ve run as the Clothing Exchange have been a great way to bring the community together in a non-judgemental safe space where everyone is welcome. We had no idea that they would be so successful, and I hope that ‘Save a Uniform’ will have the same impact and for such a great cause.”

For more information about the Wrexham Clothing Exchange or to express interest in volunteering at the event, you can contact wrexhamclothingexchange@gmail.com.

The Wrexham Enterprise Hub is delivered by TownSq for Business Wales, and is funded by the European Regional Development Fund through the Welsh Government.